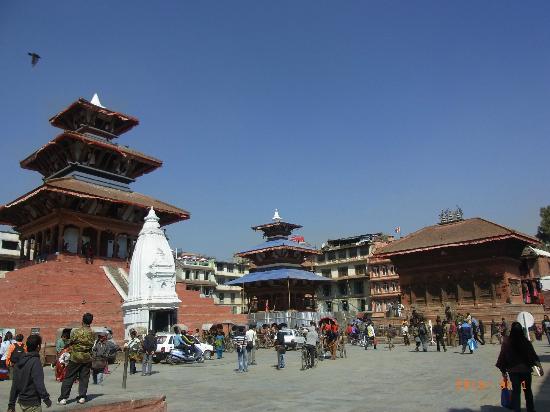 Hanuman Dhoka is a complex of structures with the Royal Palace of the Malla kings and also of the Shah dynasty in the Durbar Square of central Kathmandu, Nepal. It is spread over five acres. The eastern wing with ten courtyards is the oldest part dated to the mid 16th century. It was expanded by King Pratap Malla in the 17th century with many temples. Sundari Chowk and Mohan Chowk in the north part of the palace are both closed. In 1768, in the southeast part of the palace, four lookout towers were added by Prithvi Narayan Shah. The royal family lived in this palace till 1886, where after they shifted to Narayanhiti Palace. The stone inscription outside is in fifteen languages and legend states that if all the 15 are read milk would spring from the middle of stone tablet.

The Hanuman Dhoka is the Hanuman Gate on east side of Durbar Square. It is the entry gate to the palace where a standing statue of Hanuman (monkey god), dated to 1672, guards the palace. Hanuman is decked with a red cloth and an umbrella. The face is smeared with a red paste. On the left is an interesting stone sculpture dated to 1673 of Lord Narasimha (the half-man, half-lion incarnation of Lord Vishnu), devouring the demon Hiranyakashipu, which is credited to Pratap Malla period according to an inscription on the pedestal of the image. Ahead of the main entrance, adjoining the Hanuman Temple, is the Nasal Chowk courtyard (‘Nasal’ means: “dancing one”) named after the image of dancing Shiva located on the east side of the square.

This is the square where Birendra was crowned as king in 1975, on the platform in the middle of the courtyard. At the south side of the courtyard, stands the nine storey Basantapur Tower. While the courtyard was built during Malla Period, the buildings around it, which depict intricately carved doorways, windows, and struts, were creations of the Rana rulers. Nasal Chowk is a rectangular in a north–south direction with entrance from the northwest corner. Near the entrance is an intricately carved doorway with carvings of four gods that leads to the private apartments of Malla king. A golden image of Maha Vishnu is seen now in an open veranda on the eastern wall, as the original Maha Vishnu Temple in the square, which housed this image, was destroyed in the 1934 earthquake. Other structures in the courtyard are: the Audience Chamber of the Malla kings in the northeast corner, the throne of the Malla kings in an open verandah and portraits of the Shah Kings.

The Panch Mukhi Hanuman Temple (five faced Hanuman) dedicated to Hanuman is in the northeast corner of the Nasal Chowk. It has a unique design of five circular roofs. The temple priest is the only person who can enter the sanctum of the temple. 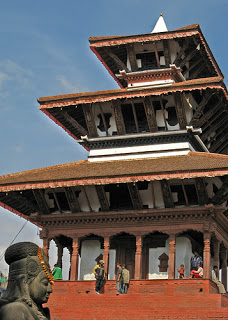 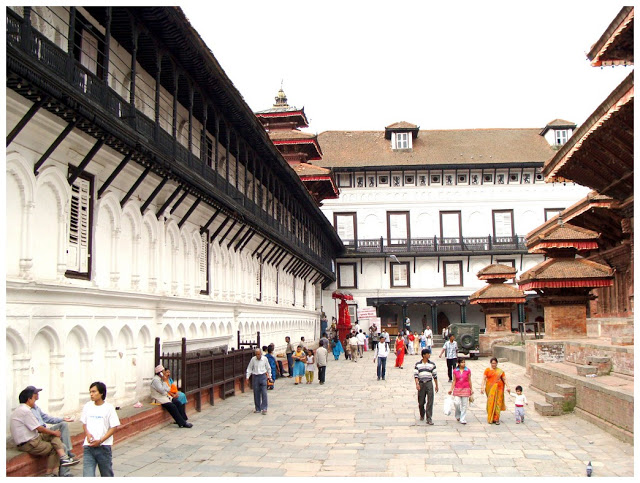 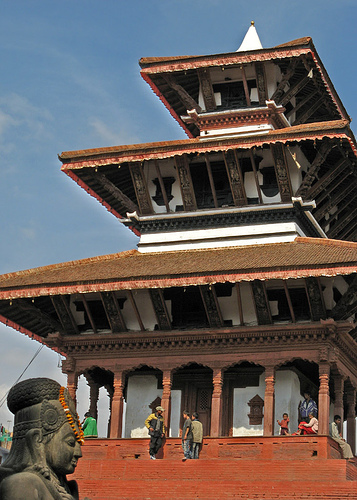 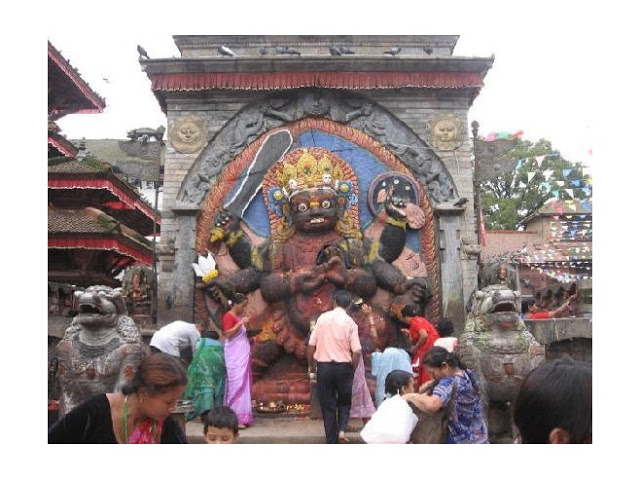 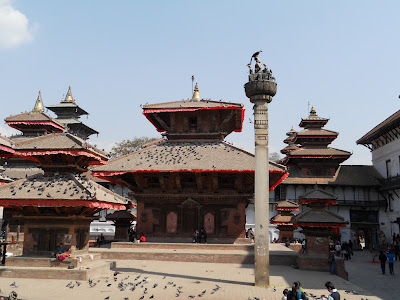 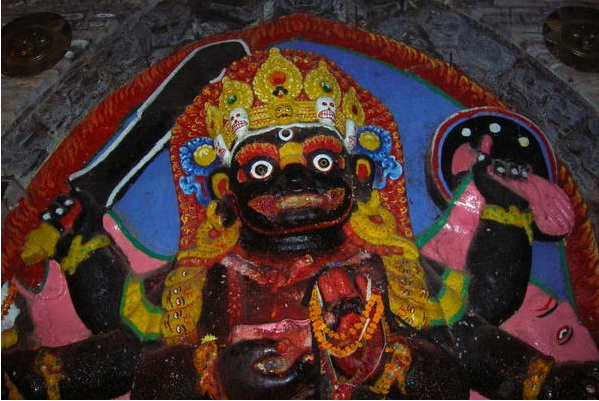 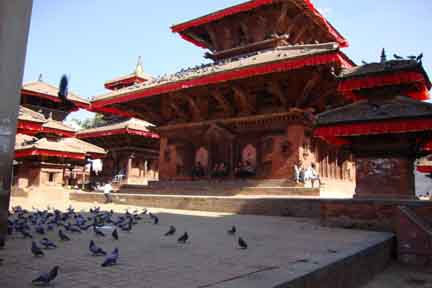 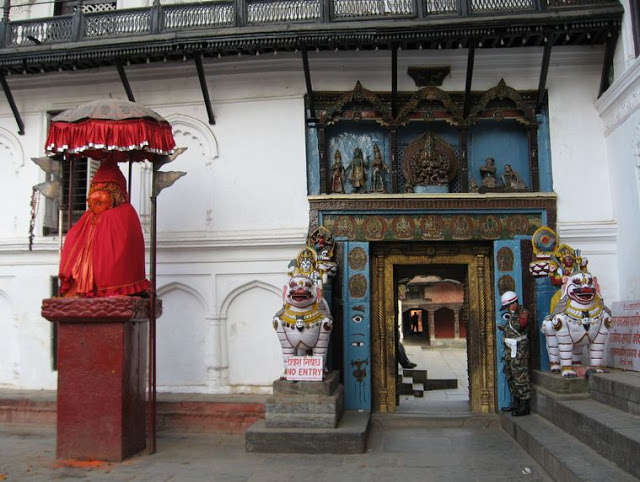 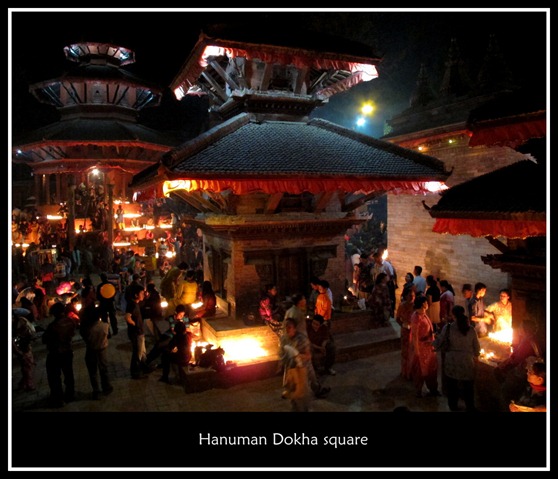 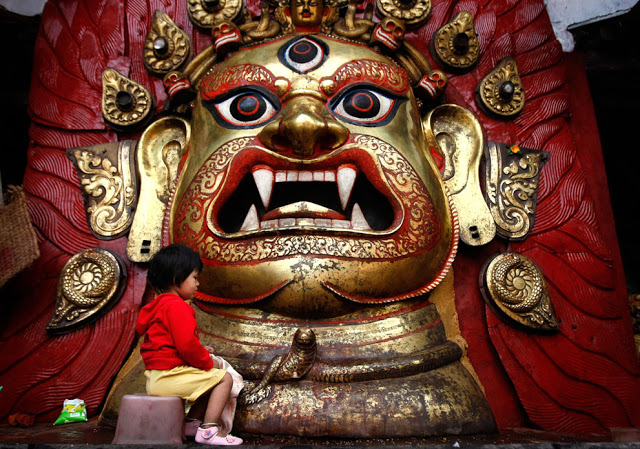